When we last saw the Valkir, they were nothing more than a base concept. I knew I wanted power armor troops for the Eisenkern faction that represented the mid-point of advancement through the Eisenkern Ranks. A soldier that was superior but still very much a part of the core army, unlike the Knightly households ‘Ritterorden’ that oversee Assault Troopers and Support Troopers which operate with much more autonomy.
The term Valkir is a derivative of the Norse Valkyrie (from Old Norse Valkyrja "chooser of the slain") is one of a host of female figures who decide which soldiers die in battle and which live. Selecting among half of those who die in battle the, Valkyries bring their chosen to the afterlife hall of the slain, Valhalla. Indoctrination into Valkir is done at the Platoon level of the Valkir military organization. The members of each platoon choose their brothers and sisters carefully; soldiers that show a propensity for aggression and the fortitude to stay in the fight, regardless of the personal costs are drafted into the Valkir. The indoctrination ceremony is steeped in ritual and mysticism, the recruits are blooded, by the slaying of a sacrificial offering. This signifies the death of their old life and their resurrection to the Valkir. An oath is given that binds the initiate to their brethren. They will serve with this group until their death or until they are offered a place amongst one of the Ritterorden to serve as an. Assault Trooper.


Here we can see some of the possible options for the Valkir uniform. Each platoon is free choose a style of dress, some with tabards and unit colors, others with armored tasses or magazine and utility pouches. The Valkir are given a great deal of latitude in their dress and personal kit. The only requirement is that the Eisenkern Iron Cross must adorn the right shoulder pad and their unit markings must adorn the left shoulder, in addition to the appropriate rank displayed in the shoulder epaulets. 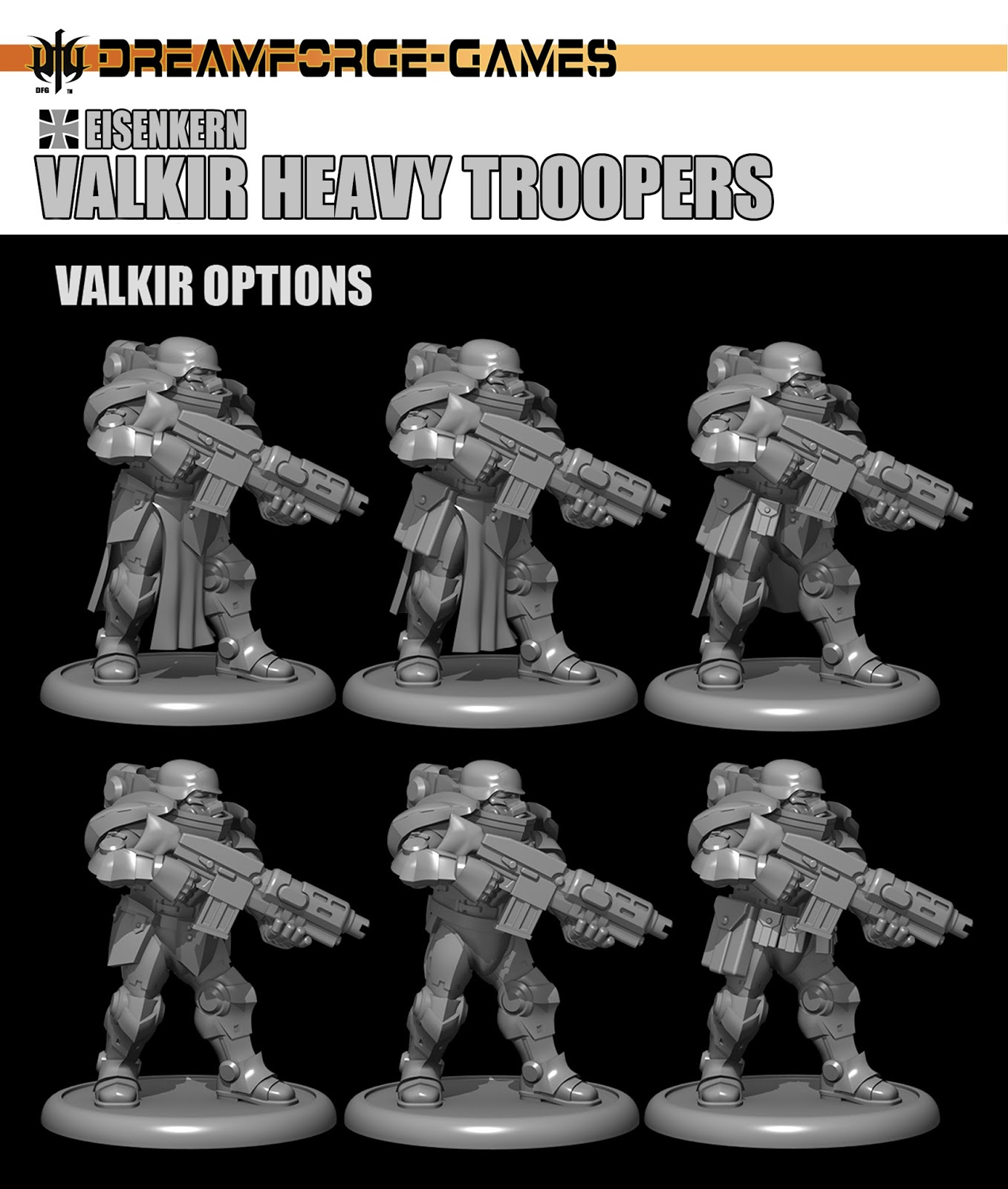 The Valkir armament consists of either the assault rifle, which fires a large HE/AP round or the heavy rifle, a very high velocity coil gun which fires a dense AP round encased in a nanotube shell.

Optional squad support choices include a 60mm grenade launcher or Thermite gun that sprays a cone of molten material with devastating close range capabilities verses lightly armored targets.
Each Valkir carries a Basilard, a bladed weapon as a symbol of their rank.

*Note, there are additional heads displayed in the product page. These are to be included with the Kickstarter items but may not be found in the boxed set is we run out of sprue space. If this is the case, I may make them available as part of an accessory set; similar to the Stormtrooper accessory set.

And one last shot showing the Backpack design. 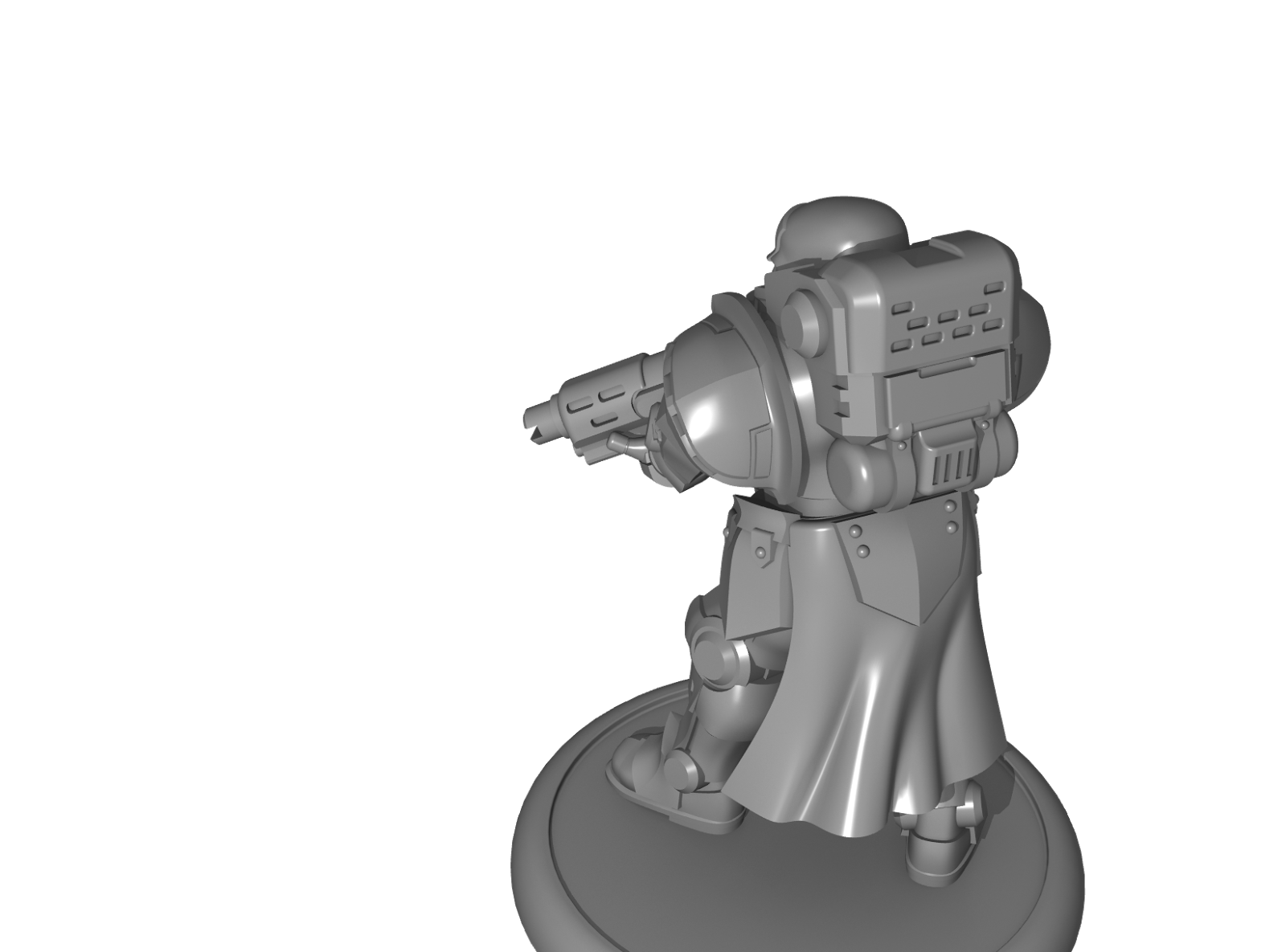