One if by land, two if by sea... The Leviathans are coming!

At long last, pixels meet the living world as true life objects. Now the arduous task of clean up and molds.
There is a lot of work to be done, smoothing the models surface, sprueing the many components, pre production molds and finally production molds, instructions and a painting guide.

I will be posting updates here so check back. 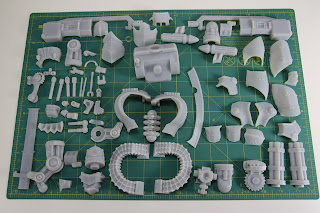 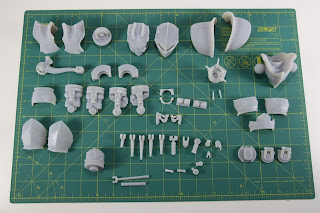 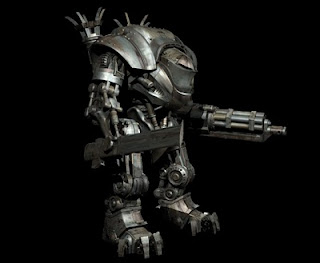 John over at Moddler got slammed by work. The Art Institute of California had their finals and placed a load of rush jobs that needed to be completed before he could get to my Leviathan.

He was finally able to get to my job and it will likely be in my grubby little hands for prep and clean up early next week.
Posted by Mark Mondragon at 10:27 AM 2 comments:

Khurasan just posted some previews of the printed models.

I love seeing the prints and the approval casts... Something about seeing the pixels become real world object is very gratifying. This is about half the images he previewed on the TMP, go check it out. 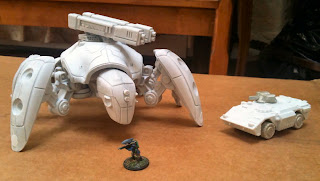 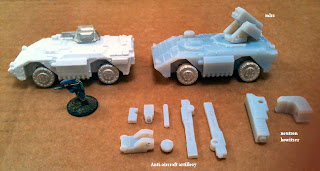 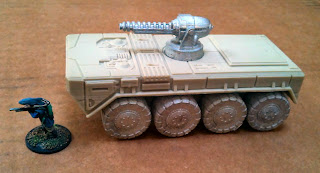 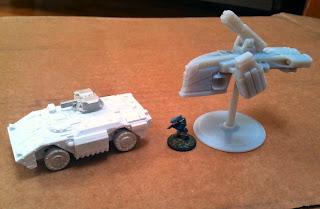 I made a hull variant with three weapon variations. Jon Just posted an article and preview up on TMP

"The Hunter class of Federal Marine gun carriages is designed around a lengthened Caffarata-class hull, and can mount a variety of support weapons.

Like the Caffarata infantry carrier it is a hybrid anti-grav/wheeled vehicle. The class is named for Thomas Peck Hunter, a 20th Century Royal Marine who was awarded the Victoria Cross for sacrificing his life to save others in his unit who were exposed to devastating enemy firepower. His extremely aggressive use of his gun (a Bren gun) to support his fellow marines sets the standard by which all Federal Marine Hunter batteries strive to perform." 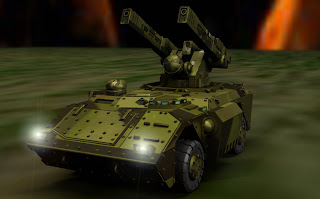 The Hunter AAA provides vital air defense, mounting two pulse lasers as well as a launch box for an early warning drone which can be set to search for incoming aircraft and missiles beyond radar range. 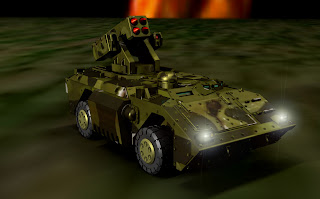 The Hunter MLRS provides the corps commander with extremely long range firepower which can deploy a variety of sub-munitions. 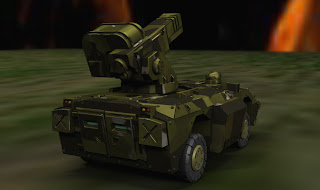 The Hunter SPA carries a 30cm neutron howitzer into battle.
Posted by Mark Mondragon at 7:53 AM No comments:

While I'm waiting for the Leviathan print I thought I would start something constructive and define the Political boundaries for the Iron-Core universe. 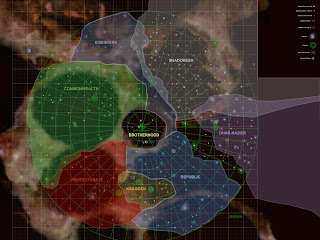 Very early design stage here... lots of things still need to be worked out and all the systems need names but it's a good start :)
Posted by Mark Mondragon at 12:06 PM 1 comment:

I did not work on any of these but I think their great. TMP page
Four figs and a new vehicle 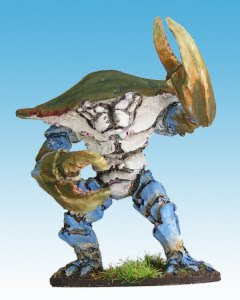 All I need now is butter sauce for my Sponk ;)
Posted by Mark Mondragon at 1:16 PM 1 comment:

Yet another model for Khurasan... Jon keeps me busy and flexing my creative muscle.
I like the way it turned out, looks agressive and up for the task.

Jon posted up some pics and a description of the Hatchet on TMP.

"The Hatchet is the close air support system of the Mekanoids. They are able to quickly deploy heavy firepower across the battlefield with their seven pulse cannons and their assault laser. One key role of the Hatchet is to provide air support and defense for the titanic Dictator land combat system, and they are provided with air to air missile silos for that purpose." 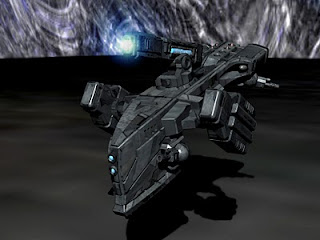 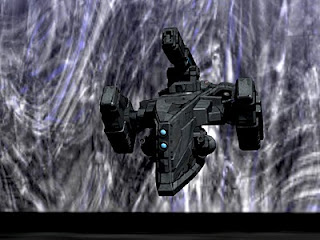 Posted by Mark Mondragon at 9:01 AM 6 comments: