A look at the Eisenkern APC 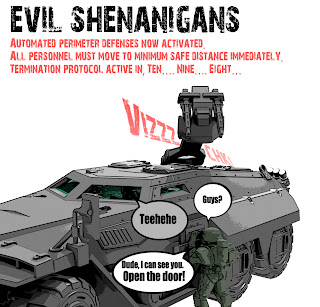 I thought I would pass along some shots of the Eisenkern APC. When last you saw the design it was pretty much a roughed in hull, the final version received more details inside and out.


This kit will feature see through window sections so that you may view the interior, movable quad ‘Scorpion’ weapons system that provides enough arc, azimuth and elevation to clear unwanted guests from your doorstep. Linked and movable front suspension, doors and hatches that you may leave open or closed (Due to the scale I could not create full working hinges on the smaller doors and hatches, you may need to decide if you want to glue the smaller doors in the open or closed position, the larger rear hatch has full hinges). The Kickstarter backers will receive the full crew compliment, 10 riflemen, driver and gunner. I won’t know if we can include the ten riflemen in the general release until we know how many sprues we will need to complete the kit. 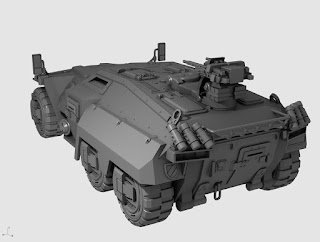 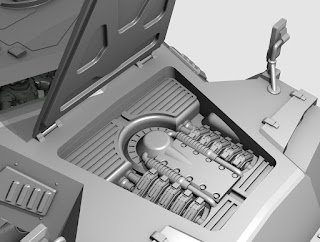 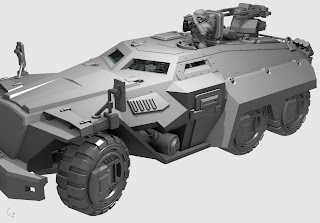 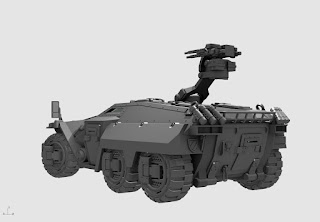 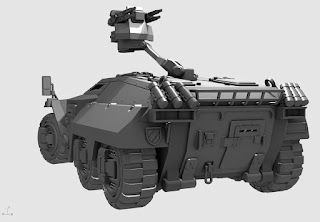 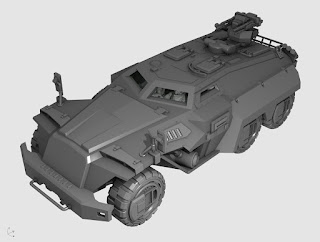 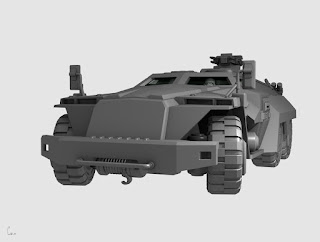 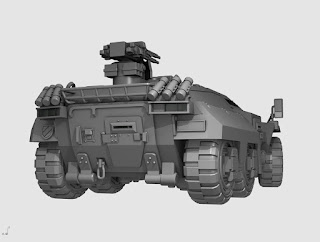 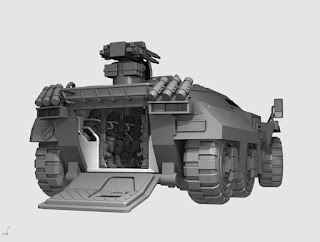 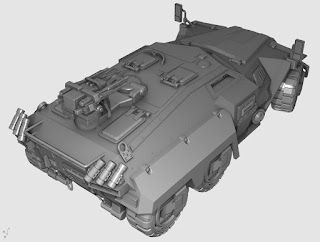 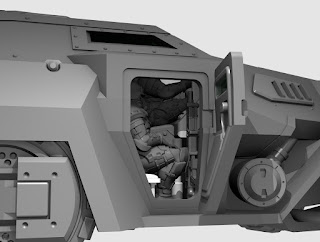 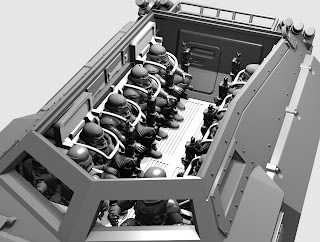 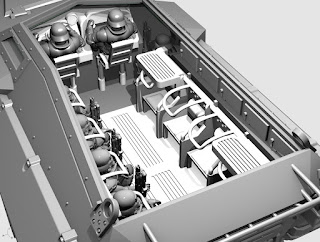 I was able to shrink the vehicle down a bit from the original render but it is still a BEAST! It is about a foot taller than the modern day Stryker APC but considerably wider and longer. Roughly 3 meters tall, 4.97 meter wide and 10.15 meters long. You won’t be parking this monster in a tight space without smashing a few bumpers.


This vehicle is as heavily armored as a main battle tank, weighing in at over 70 tons in rides on six huge solid tires, each with an independent drive system that allows this vehicle to spin in place, in the same manner as its tracked brethren.


The nose section is taken up by the reactor, this is the same full size reactor found on the Leviathan Crusader and Mortis, allowing the APC indefinite range and access to impressive speed… The reactor in this vehicle is capable of recharging equipment and the super capacitors found on lighter vehicles and Leviathan, in this way, the ‘Keilerkopf’ becomes a central part of any forward unit’s logistics.  Everything you need for planetary conquest.


Even with its monster size, the interior is still a bit cramped, eight riflemen are seated in the rear with just enough room for a trooper to stand, equip and egress. Two riflemen take up the ‘shotgun positions on either side of the APC’s driver and gunner and would likely use the side doors when possible. 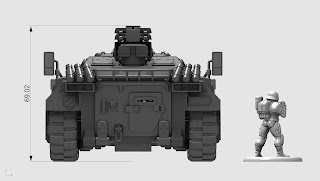 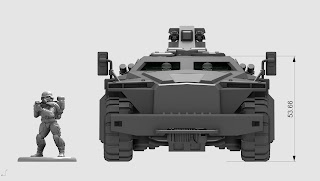 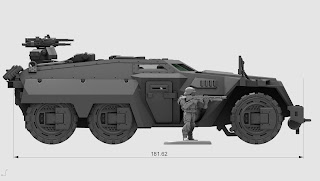 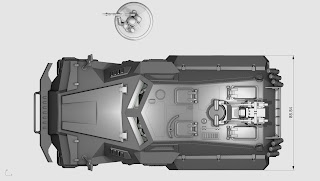