The Kriegsmarine have landed!

The Kriegsmarine were created when the Imperial navy took to space. A merging of the Navy, Air force and Fallschirmjager, these are elite troops and medium troop choices for the Eisenkern faction. Typically assigned to planetary assault, they drop from low orbit with the use of their drop packs, a device that allows the trooper to fall at terminal velocity towards its target and stop just before impacting the planet’s surface. This is achieved by creating a micro tear into void space, encapsulating the trooper in what is essentially a bubble of reality that overrides the laws of physics for a brief moment, saving the trooper from a grizzly impact.


The effects to an observer would be a blinding flash; a two-meter ball of energy is created encapsulating the trooper, then a huge energy release that scars the earth at the point of impact. Scrambling from this crater, a Kriegsmarine, his armor popping and pinging as it cools.
Here we have a five man squad. 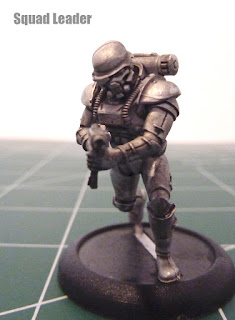 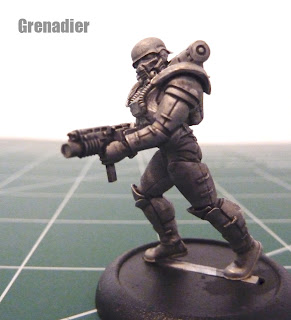 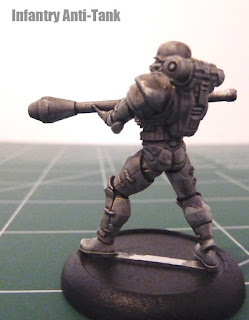 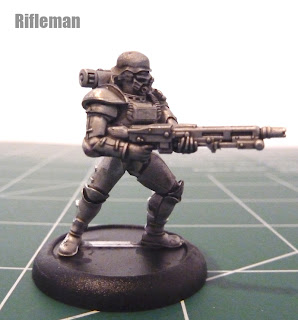 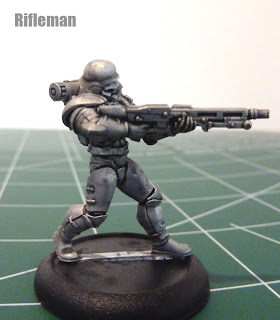 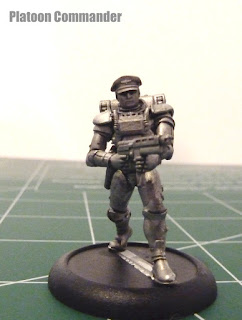 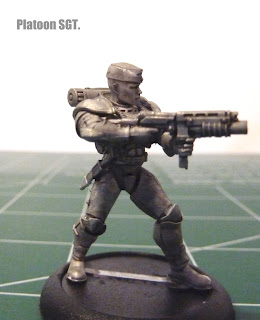 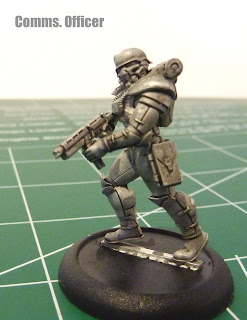 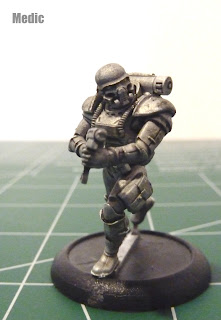 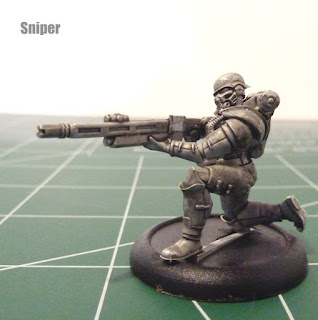 The Kriegsmarine can use the same support weapons and F.O. Designator as the Strumtruppen.
Here is an example of a typical color scheme: 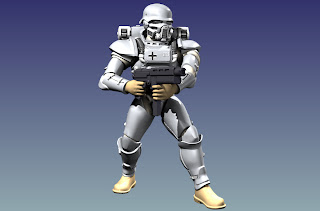 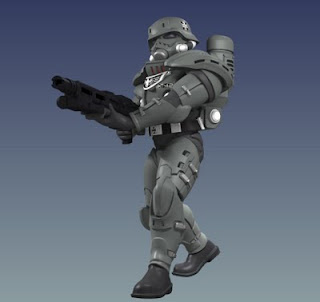 Posted by Mark Mondragon at 5:13 PM