To hell with your fluff!

To hell with your fluff, tell me a story with your miniatures.


Let’s face it, fluff is huge part of the draw to a game and should not be underestimated; when it comes time to play a game, what is more important the fluff or the visually striking miniatures that grace the gaming table.


There is only so much you can do with a base box set of miniatures before they start looking homogeneous. I love making special characters, miniatures that represent a scene or action, miniatures that tell a story through their pose or actions.
With this in mind I created the Stormtrooper accessory set. This kit contains a massive number of parts, packs, pouches, accessories, heads, arms, hands and equipment so that you can tell your personal story and unlock your creative genius. 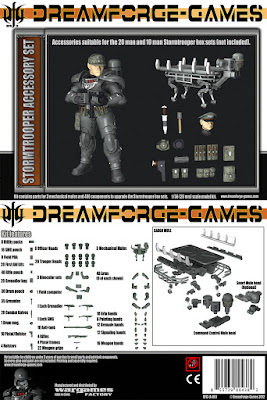 Here are just a few examples of what can be done. Granted I will not win any modeling or hobby awards with what is featured here, my lack of cleanup and exuberant use of glue keep these from being show pieces, but this shows what can be achieved in just a few hours with only a moderate level of care.
Each of these custom figures used the arms, and hands from the accessory set to create unique figures and poses that simply could not be achieved with the normal ten and twenty man Stormtrooper sets.


We start with a Rifleman, equipped with binoculars; he holds his rifle as her surveys his surroundings for enemy action. Standing next to him is the ‘Old man’ a veteran officer, pistol at the ready and pointing at his objective, as all officers do ;) 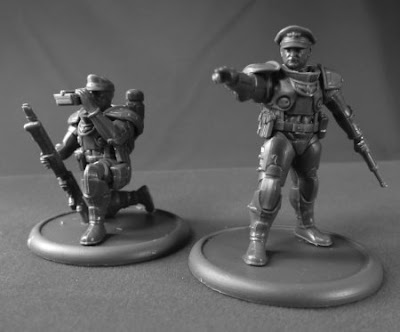 Next we have a Grenadier, his SMG with grenade launcher slung over his shoulder as he leans back to throw a stick grenade into the enemy ranks, while a rifleman behind him provides covering fire. 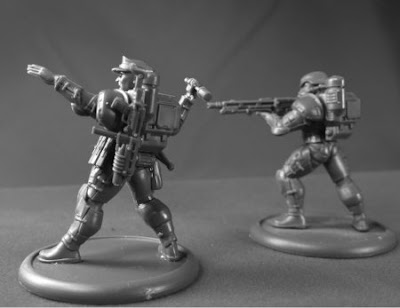 We finish up this line up with a platoon sergeant, running into action, two SMG’s blazing away ‘Neo style’. At his side a support specialist, carrying his Panzerfaust in a more traditional method rather than the RPG configuration, his SMG/grenade launcher tethered to his hip. 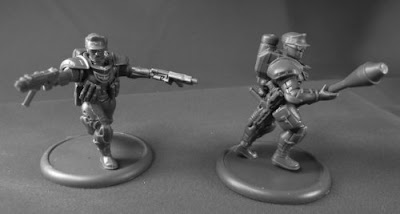 A couple more shots of the ‘Old man’ in action. 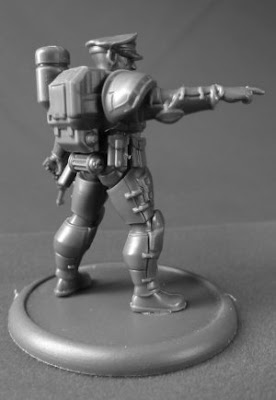 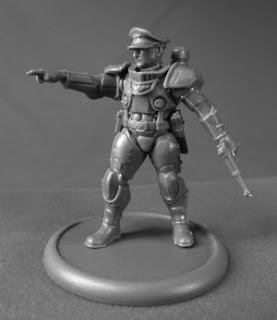 The Rifleman scans for targets. 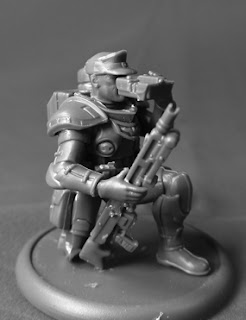 The Grenadier in all his glory. 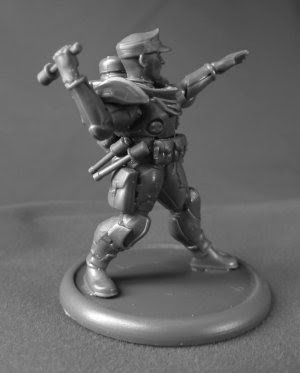 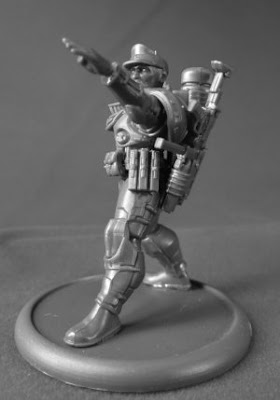 My homage to the Matrix, this sergeant displays the Hollywood run and gun Neo style. 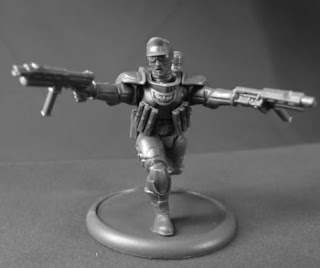 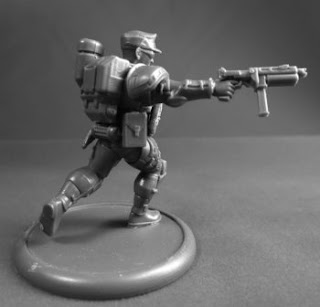 
Don’t care for the RPG grip style of the anti-tank weapons? This conversion brings us a more old school configuration. 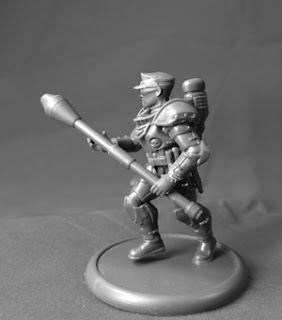 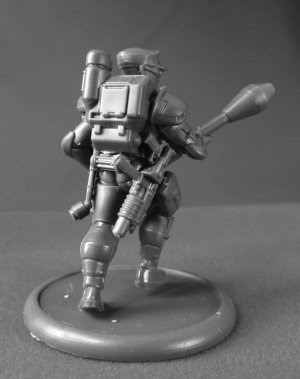 I really enjoyed building these, some of the parts were small and I had to take care with removing them from the sprue so they did not go scuttling across the table but all in all it was a simple job, everything fit as it should and even the little fiddly parts went together with no issues. I used a standard hobby clipper to remove the parts and a swipe from a sharp hobby knife to clean off the remnants of the sprue. Everything went together fast and easy with the use of Testors model cement (Stay away from superglue… the standard orange Testors cement works like a charm and will make a much better bond).