A LITTLE CATCHING UP MAY BE IN ORDER


I decided that it might be helpful to go over some of what goes on in the background as it may help shed a light on the next post of ‘THE STATE OF DFG AS A BUSINESS AND WHERE TO GO’, as well as provide some insight on where the hell has Mark been and why I have made some of the decisions I will talk about in the next post, or two or three…..

Some have asked if DFG is still in business, yes we are, and what you see available on the store is in stock and ready to ship. We did pull out of the supply chain late last year, which I will go over in this post and the next couple of posts.

Some have said, that I should have kept my customers in the loop and posted about the good and the bad. 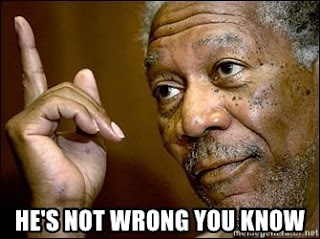 Yes, he's right... Hopefully the next few posts will help shed some light on that aspect.

What has happened since WGF closed its retail side. The last 2 years have been packed with educational opportunities.

Old news with some insight:

WGF shutters it sales end, I take over distribution, while this is in progress there were some talks with a company about taking over the line, this did not come to fruition. We simply ran out of time as the product needed to be in a new home before WGF closed out its US warehouse. There is some time spent setting up the infrastructure, warehouse, etc. Setting up Website interfaces for wholesale ordering, which was pretty much a waste of time as most wholesalers/Retailers would much prefer to send an order in, in whatever format their system kicks out.

Once the dust settled a bit. I started tracking sales closely, place a restock order for some products that are running very low and wait for the restock…and wait…. Eventually they arrive with a couple of new releases that I know will not have much of an effect on the bottom line or excitement. The molds had already been cut and it was a good test for a rather lackluster release to see what that looked like. This was an important test for me, I knew it was going to be a soft release and I knew that I had to plan for such releases to happen now and then. Its not that I wanted them to fail, I just knew they would not be big hits, as did the supply chain. This would give me a base line and let me know what was at risk form an investment standpoint if a release just did not take, I will just say, its not pretty and leave it at that….

Exploring possibilities:
Sufficed to say, there have been a LOT of false starts, exploring possibilities that eventually come to a decision not to peruse the opportunity This is often not anyone’s fault, just two parties feeling out the opportunities and seeing if there is a way to make something happen. In the end it comes down to a dollars and cents business decision. Most of the time one party or both is simply not in the position at that moment to monopolize on the opportunity. Some explorations are covered by NDA and even those that are not, I will not be going into details about who and what, etc.

Between the time I took over distribution and now, I have explored with various entities many possible business opportunities, some of these took days, some, months. It just depended on where the conversation took us and what possibilities were on the table.
I am quick to ‘pick up the phone’ and chat with anyone about possibilities I am also quick to get down to remuneration, although this aspect often takes some time to work out details. End of the day, everyone involved needs to be compensated in one way or another.

Then we come to 2017:
I finalize a few files for production (StuG tank, Shadokesh and Ferals) and start exploring other manufacturing avenues… (more on why later) Finding a proper manufacture takes a great deal of time a load of back and forth and some minor testing to at least make sure each possibility is viable from a cost and quality standpoint.

That damn bottom line:
I had one last the opportunity to explore a partnership possibility with a very nice, energetic and competent individual, that honestly would have been a breath of fresh air.
Still being in distribution, I had reservations about the profit margins and the ability to provide a fair return to the partner. Entering into that kind of arrangement needs to be good for everyone involved and I could not see a way to guarantee that individual a fair return on investment, so I thought it best not to proceed with that avenue.

I already knew that things had stalled a long time ago but looking at this from strictly a bottom line perspective after exploring the partnership possibility, the margin concerns, now brought into full view, cemented the path forward. I decided late in the year to remove my products form distribution, as I could not see a way to release new products at reasonable price to my customers and still satisfy the supply chain discounts. This was a rather painful decision as it meant leaving behind long standing relationships to try and forge a path forward.

When it comes to many of my retail customers, I have known many of these individuals for quite a while, corresponding with them and sending out marketing packets for releases, teasing products and sending out samples for review, etc. Some of the direct retailer contacts were the best experiences I have had…. They have all been very good to me and if I had the ability to do so and not drop into the red, I would still be selling to them. Having said that, I would not be talking so openly right now either, I understand promises, expectations and statements need to be tethered as you are in a business relationship that is mutually beneficial and that setting them up for failure you are setting yourself up as well.

Add the normal life things, a home remodel performed on the cheap by yours truly and other such things and the year slipped on by before I had a chance to say hello to it.
Posted by Mark Mondragon at 2:01 AM