History in the making!


This kit has all the features and details of its big brother, fully poseable, featuring quick swap weapon arms for future releases.


This kit comes complete with advanced capacitor coolers and the Excalibur sword option! 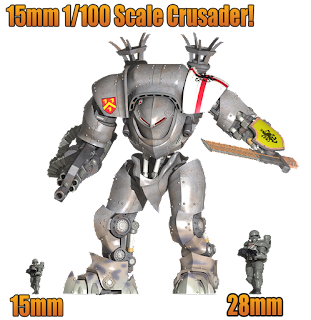 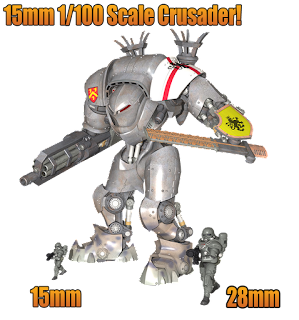 This is not the same 15mm scale kit we made in resin, the resin kits were 5.5” tall and fixed pose. These will be 4.5” tall (a true conversion to 15mm scale) and fully poseable just like their big brother. If there is enough interest (backers) I can release all the weapon options you see for the 28mm kits in this scale and in this Kickstarter project!


Iron-Core is being fast tracked so you will have a game to use both the 15 and 28mm figures in. I would love to see the 15mm scale take off! Iron-Core is a vehicle centric game and 15mm is a better scale for that kind of game, as well as being kinder to the pocket book ;)


If you would like to see all eight factions ranging from gothic to hard sci-fi aesthetics made in plastic model kits, then I ask you to show your support. The more backers we have for the 15mm scale kits, the easier it becomes to justify quickly expanding that range.


Thank you for your help!
Posted by Mark Mondragon at 3:34 PM